Beranda » NEWS » Is Mitro App Indian or not ? read all news report

Is Mitro App Indian or not ? read all news report

Is Mitro App Indian or not ?  read all news report

TickTock has been a hot topic in India for a long time, after which people started deleting Chinese apps from their phones. But in the meantime one of the people started downloading an app called Mitron. The app was promoted as Made in India and in a short time more than 5 million people downloaded it, but you would be surprised to know that the friends who used to download the app as Made in India are from Pakistan.
Who has developed the app?

Punjab Kesari reports that Mitron App has been purchased from Pakistani software developer Qboxus. But it was claimed that the app was developed by Shivank Agarwal, a student at IIT, Roorkee. The real name of the Friends app is TicTic app, developed by Qboxus, a company owned by Irfan Sheikh of Pakistan.

Irfan Sheikh sold the source code of this app for 34. Sheikh said his company sells source code, after which the buyer customizes it. Their main business is to clone a popular app and sell it at a cheaper price. So far, 277 copies of the TickTick app have been sold. "We are not bothered by what the developer did," he said. He pays and uses the script, it is not right to do so.

Made in china or pak is the app???

"People think it's an app made in India, but that's not true," Sheikh said. A TickTick buyer has rebranded the Friends app. You have downloaded and tested both apps with the technical team. The problem is not that the developer is Pakistani but the problem is that the app has been promoted under the name Made in India. No changes have been made to this Pakistani Tiktik app, only Tiktik has been named Friends.

Who bought in India? 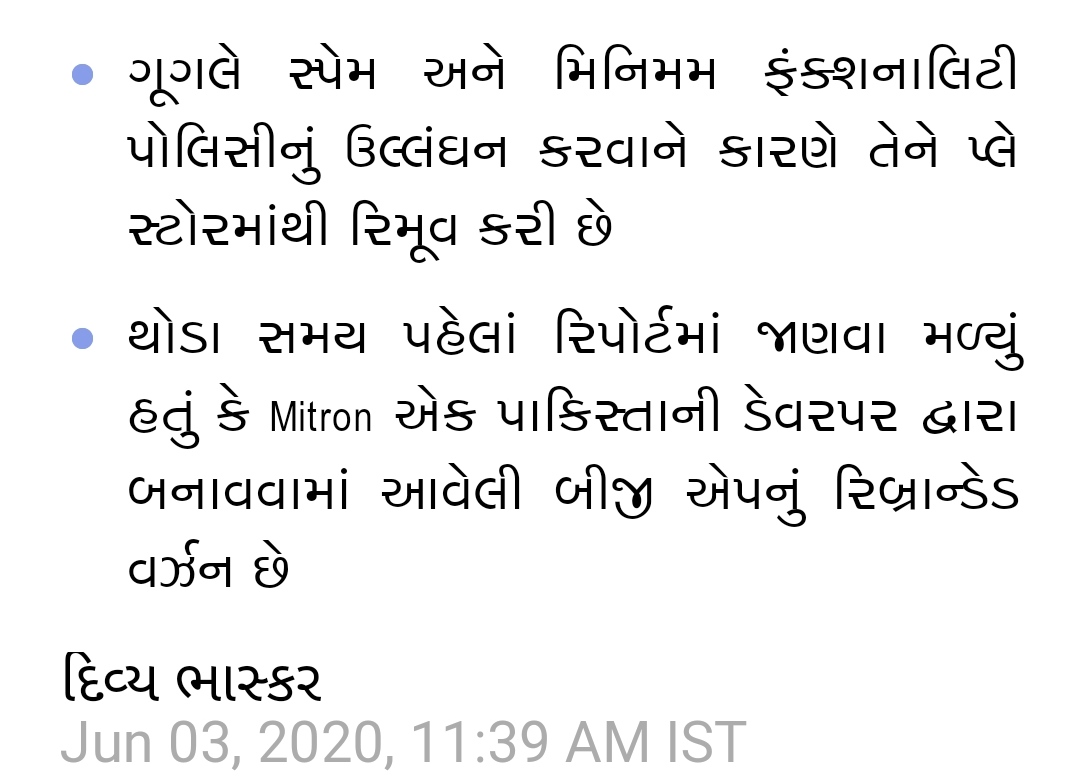 According to the report, India is now moving towards self-reliance. In this, the youth of our country have become more aware to enhance the color of Indianness. The Friends app is getting a lot of downloads these days instead of Tiktok on the Google Play Store. People have shown awareness to boycott Chinese goods. Meanwhile the Friends app was removed from the Google Play Store on Tuesday.

Google has removed it from the Play Store for violating spam and minimum functionality policy
A recent report revealed that Mitron is a rebranded version of another app created by a Pakistani developer. 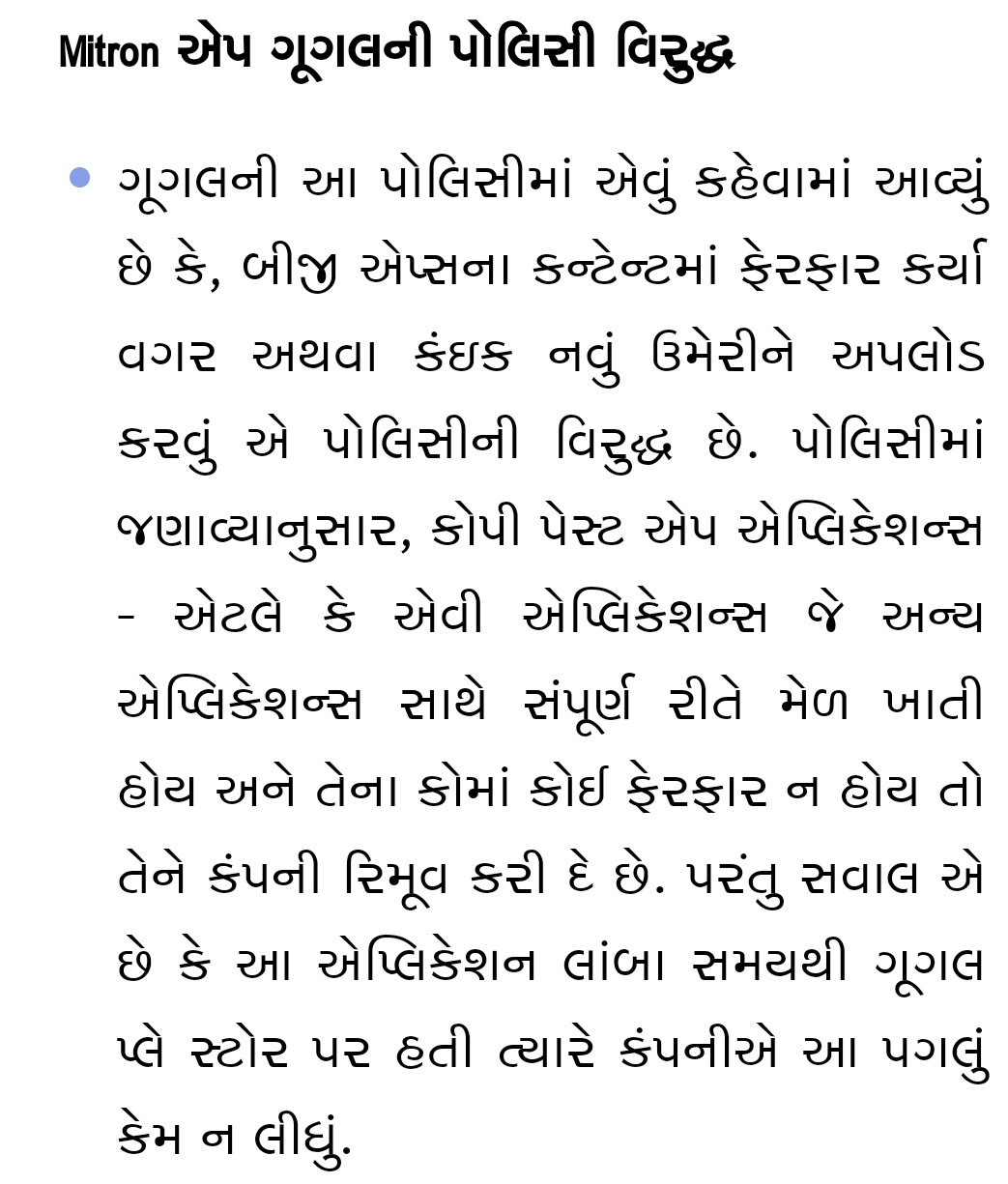 
The Indian short video sharing app Mitron, which is considered to be the Indian app of the Tiktok app, has been in controversy for some time now. Being a Made in India app, people were downloading it as an Indian app. But a report revealed that the app is a rebranded version of Pakistan's TikTok app. So now this application has been removed from Google Play Store. That being said, Google has removed the app from the Play Store for violating the Spam and Minimum Functionality Policy. A recent report revealed that Mitron is a rebranded version of another app created by a Pakistani developer. This application has been gaining popularity for some time now. But there is still a debate about whether the app is from India. 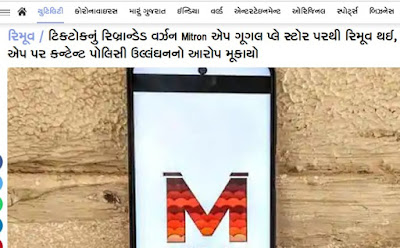 The Mitron app has been downloaded more than 50 million times in just one month. Within a month of its release, the Mitron app became the second most downloaded app on the Google Play Store. Demand for this specialty has grown significantly as a result of the Covid-19 epidemic. 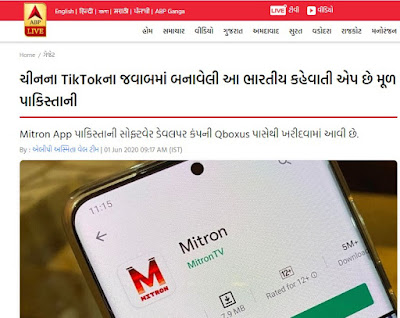 Google's policy states that uploading content from other apps without modifying or adding something new is against the policy. As stated in the policy, copy-paste app applications - i.e. applications that match perfectly with other applications and are removed by the company if there is no change in the comma. But the question is why the company did not take this step when the app was on the Google Play Store for a long time.
It is alleged that Shivank Agarwal, the owner of the app and an IIT student, bought it from a Pakistani Qboxus company and rebranded it and launched it in India. Neither did it change any of its coding nor did it make any changes to its privacy policy before the launch.
Mitron soon became famous 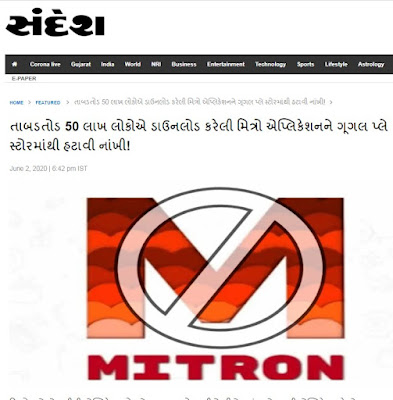 However, Google Play and Friends app have not yet given a reason for this. It is possible that this was done for security reasons. If you have already downloaded the Friends app to your phone, you can use it. But now new people can't download it. And experts have advised that no one should use this application. Because there is no security, there is a risk of your data being stolen.