The Narendra Modi government has made an important announcement to end the lockdown and the second phase of unlock has started across the country since Monday. While the central government has issued special guidelines for this, the Gujarat government has also announced some major concessions in the state during Unlock-2. 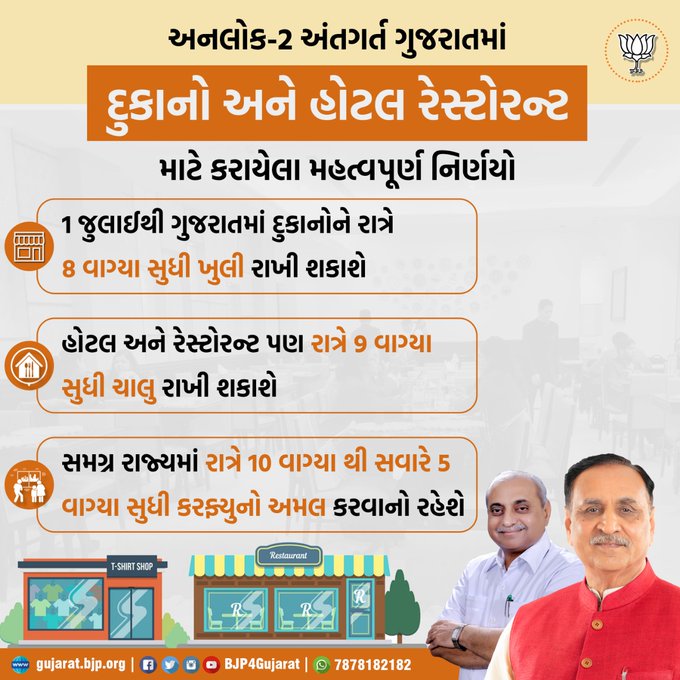 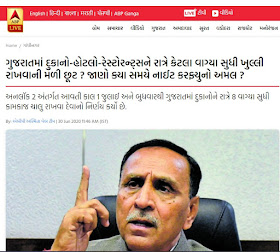 In addition, a shop is allowed to stand more than five people, but the rules, including wearing a mask, must be followed. In addition, schools and colleges will be closed till July 31.

Unlock 2 is being launched in the state from July 1. Following which, Chief Minister Vijay Rupani has decided to allow shops in Gujarat to continue operating from tomorrow, i.e. July 1, till 8 pm. Hotels and restaurants will also be open until 9 p.m. The Chief Minister said that as per the guidelines of the Government of India, the curfew will have to be enforced across the state from 10 pm to 5 am. The Central Government has issued new guidelines under Unlock 2 from July 1.

Earlier, Unlock 1 allowed businesses and restaurants to remain open until 7 p.m. When curfew was imposed from 9 pm to 5 am. Thus shop owners are now given one hour more relief and restaurant owners two hours more. A 1-hour curfew has also been announced