Beranda » bollywood » Rishi Kapoor did not get votes, so did something like this

Rishi Kapoor did not get votes, so did something like this 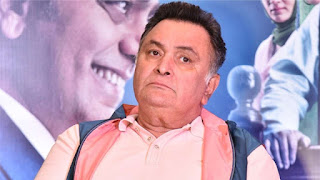 New Delhi: Rishi Kapoor has been taking further treatment in New York for some time now Of course they are far from the country. But Rishi Kapoor is completely active on Twitter and is keeping his opinions open on social concerns. Today, the fourth phase of polling is going on for the elections of 2019 (Elections 2019) and voting is going on for 72 seats in 9 states. Voting in Mumbai todayn this way, as a conscious citizen, Rishi Kapoor tried to use his authority but there was no such facility in America that people who went abroad could vote. Rishi Kapoor has given information through tweet and has told that everyone should use their votes.Rishi Kapoor has given information through tweet: By calling Indian Consulate Office in New York, you know that there is no facility for voting for people coming to foreign countries. But the answer is not found. But do not forget to cast votes wherever you are. Jai Hind! Vande Matram!' In this way, Rishi Kapoor tried to vote but due to lack of facilities abroad, he could not vote.